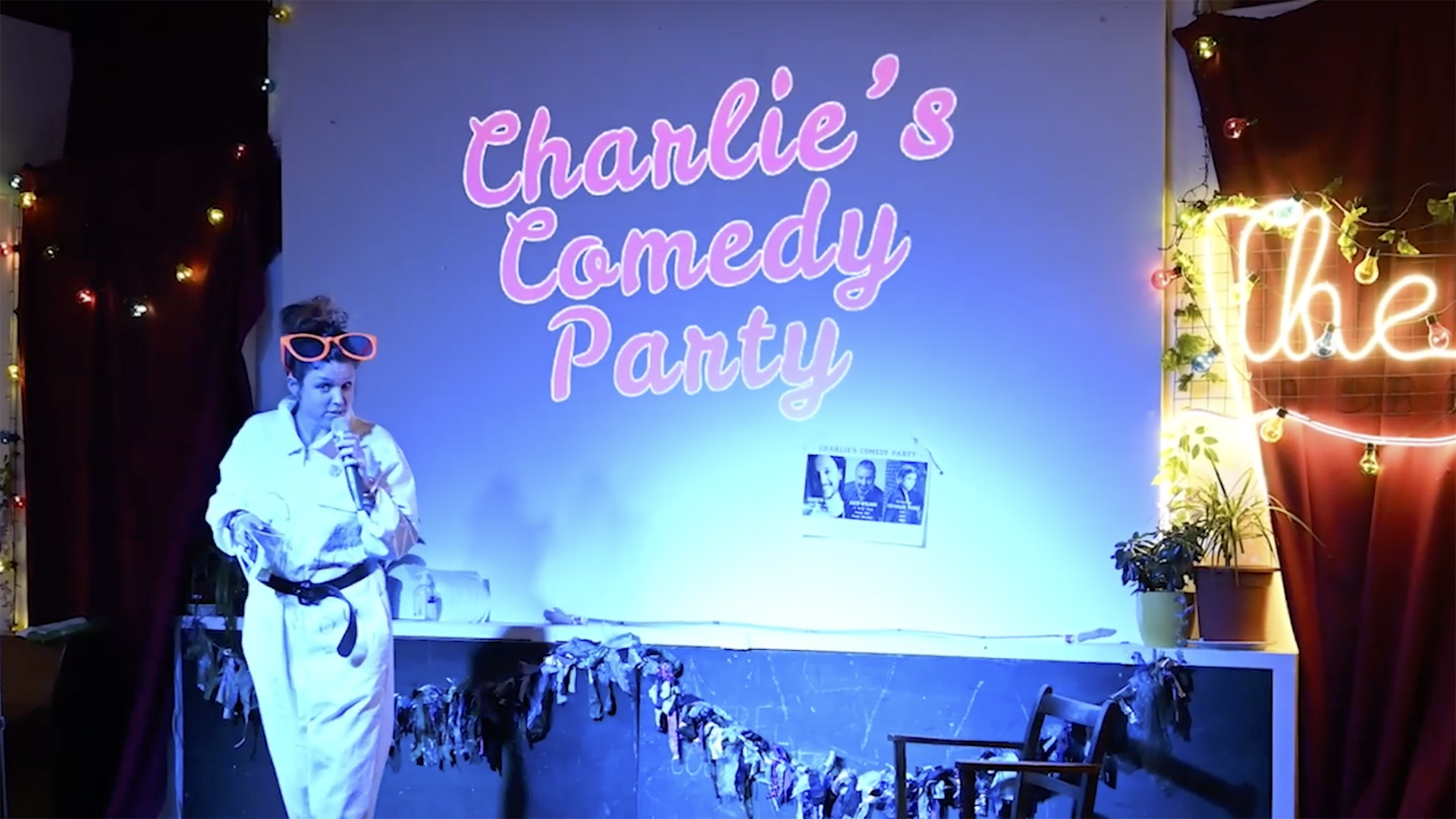 Charlie Ward is a Brecon-based poet and comic originally from London.

She hosts monthly Comedy Parties at The Muse, Brecon and works continuously on poems reflecting on what’s happening. She also runs a climate café every Friday & Farmers’ Market Saturday at The Brecon Climate Hub, based at The Muse.

During the Autumn half term, she produced a series of comedy workshops for children and families, asking What’s Funny about Climate Change?